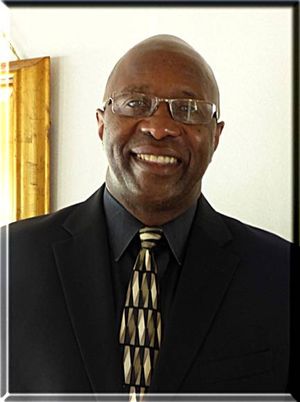 Hiram Hazley, vocals, electric and upright basses, keys, and drums…was a member of the fabulous Buddy Miles Express (Jimi Hendrix’s Drummer), also performed with Rocky Ruckman and the Beat Heathens (Tampa Bay Electric Jazz and Rock Band), along with his own group(s) Magic & Fencewalk (both “dance” bands) and Le Jazz (straight-ahead jazz), Hazley also performed at Busch Gardens (for 20 years) as an entertainer as well as sometimes assisting the Music Director Desmond Boone with different shows, and is committed to presentation and production. He is a full-ranging musician and is currently performing in the Tampa Bay area with his aforementioned groups and teaching at his studio “Hazley Productions” where he also teaches music.

Hazley started out on the trumpet at the age of twelve (inspired then by Miles Davis, Clifford Brown, Lee Morgan, and Oscar Brashear) then began to evolve into a bassist when he was hired as a vocalist (that needed to play trumpet and bass) at Busch Gardens. But before actually getting “paid to play”, he attended St. Petersburg Junior College (studying under Chris Styles), Bethune-Cookman College (now known as Bethune-Cookman University) studying under Sylvester Pope, then spent a year at the New City College studying under Ed Summerlin, where he performed in smalls groups directed by John Lewis of the Modern Jazz Quartet. Since then, Hazley has shared the ideas from his vast experiences and passed them on to his bands (especially productions and presentations) which clearly separates his bands from any other bands.

His influences are (Miles Davis, Clifford Brown, Lee Morgan, Oscar Brashear, Paul Chambers, and Oscar Pettiford), Maurice White, Phillip Bailey, Earth Wind & Fire, Rick James, Chaka Kahn, Michael Jackson, and The Jackson 5. Prince, Curtis Mayfield, Sly & the Family Stone, and a host of other “mainstream” 70’s groups and bands, that he considers to be the “pioneers” of today’s great sounds. Besides his local bands: Magic…Fencewalk…Spasmodic Mood, and Le Jazz, he is the newest member of the legendary 50’s group, “The Impressions”.